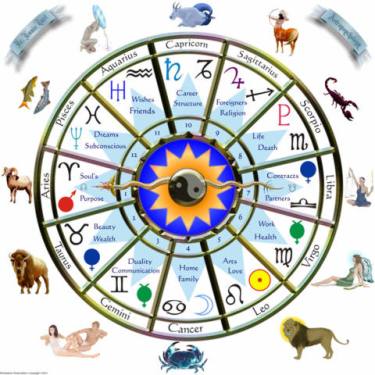 It’s time again for our weekly foray into your future.

We fine-tuned our super computer and it suddenly began to work like a three dollar watch.

This week’s predictions include cattle, bagpipes, and mice.

At least one of those is in someone’s future.

Aries… The Moon is in its third house now due to a gas leak. It isn’t happy about it. That isn’t good for you. One day in the future, The Salad Patrol will arrest you for de-tossing a salad. You will be forced to spend the night in jail with some kale.

Taurus… Saturn is rising after a bad dream. That spells trouble for you. In the future, you will go on a cattle drive and get stuck between two bulls and a heifer in convertibles.

Gemini… Neptune is descending and getting dizzy. That’s never good. In the distant future, you will attempt to visit a butterfly encounter, but you will find yourself in a hemorrhoid encounter. Let us know how that works out.

Cancer…Saturn is in its fourth house with the Space Police after a break-in. That isn’t favorable for you. Not long from now, you will have the uncontrollable urge to cluck like a chicken each time you swallow. Eventually, you will lose all your friends over that.

Leo… Venus is in its forth house cleaning up after a solar dust storm. That spells trouble for you. In the future, you will open a bird beak shining business only to find out you are allergic to feathers.

Virgo… Mars is in Solar Court now because NASA accused it of tampering with the rover. That isn’t good for you. In the future, you will develop the ability to read minds, but only in braille while in the dark. You will soon tire of it and become a hermit.

Libra… Mercury is in its seventh house having some furniture replaced. It’s angry because they delivered the wrong items. That spells trouble for you. In the future, you will be assaulted by a thug, or get bitten by a bug. It could go either way. In any event it will be painful, like listening to Dennis Miller on the radio.

Scorpio…Pluto is in the dog pound now because it was caught roaming around space without a license. That foretells problems for you. In the future, you will accidentally catch a mouse in a drain trap. It will die and smell up your home.

Sagittarius… Jupiter is aligned with Mars now and it’s not happy about it. That’s always bad for you. In the future, you will meet a Scottish plumber who is also a bagpiper. Your friendship will cease after he tries to Scotch-Gard you.

Capricorn… The Sun is in Capricorn now, but needs to get home because it left the water running in the sink. That spells trouble for you. In the distant future, you will open a store to sell note pads to musicians. It will never work out because all the note pads will be flat.

Aquarius… Venus is trine with Aquarius now. That’s never a good sign. In the future, you will get sick after being ill advised by a relative or friend.

Pisces… The Moon is square with Pisces now. That always brings on problems. In the future, you will try to get rich when you start selling advertising space to very small businesses on your fingernails and toenails. But, for some reason you will unconsciously wear athletic shoes and gloves everywhere, thereby losing business.

And…remember what Weird Al says about astrology in his song, “Your Horoscope For Today”: